I recently shared our list of top locations in Canada and the US for dinosaur lovers. Well, it’s a big world out there, and there are many international destinations boasting world-class dinosaur museums and family-friendly dino-themed attractions. They might be a little farther afield, but they’re worth it. From Europe to Asia, Australia to Africa, take a look at some of the best locations in the world every dinosaur lover should visit!

The world-class Natural History Museum in London, England, houses a significant collection of dinosaur fossils and animated recreations in the Dinosaur Gallery. Visit Camarasaurus, Triceratops, Tyrannosaurus rex, and an Edmontosaurus still half-buried in its death position. Be sure to say hello to Dippy the Diplodocus in the Central Hall too! 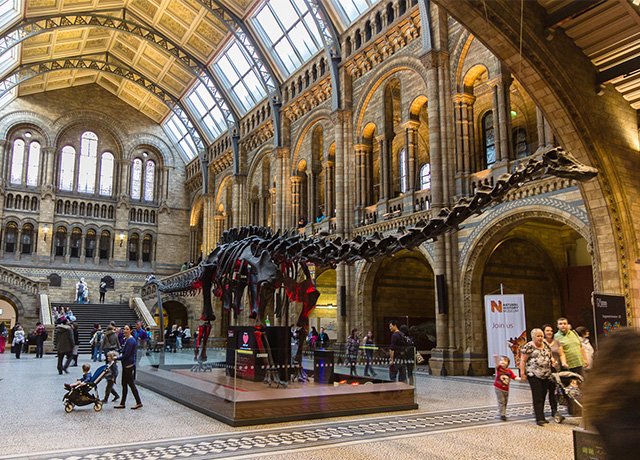 “Natural History Museum and Dippy” by Eric Heupel is licensed under CC BY-NC 2.0

While in London, make a stop at Crystal Palace Park where you can see 30 now entirely scientifically inaccurate but still fascinating life-size statues of what Victorians thought dinosaurs and other prehistoric beasts looked like in 1854. Only four of the Crystal Palace Dinosaurs are true dinosaurs: hisotrical recreations of Megalosaurus, Hylaeosaurus, and two Iguanadons (seen below). While not true dinosaurs, other statues portray plesiosaurs, ichthyosaurs, teleosaurs, pterodactyls, and a Mosasaurus, along with other extinct amphibious and mammal species recreated from fossils. 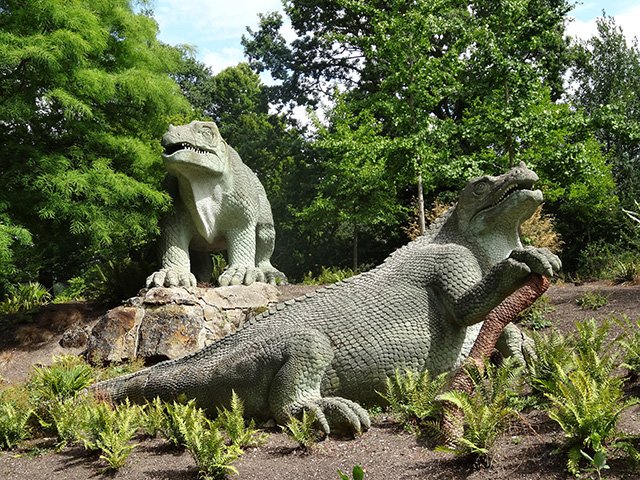 “Dinosaurs in Crystal Palace Park” by Ian Wright is licensed under CC BY-SA 2.0

The Dinosaur Hall in Berlin’s Natural History Museum (Museum für Naturkunde) is famed for the tallest mounted dinosaur skeleton in the world, a Giraffatitan brancai (formerly known as Brachiosaurus brancai) measuring 43 and a half feet tall. The museum also displays the “Berlin Specimen” of Archaeopteryx lithographica, one of the most famous fossils in the world. Archaeopteryx is a transitional fossil demonstrating the link between dinosaurs and birds, and this particular specimen found in 1871 is the most complete. 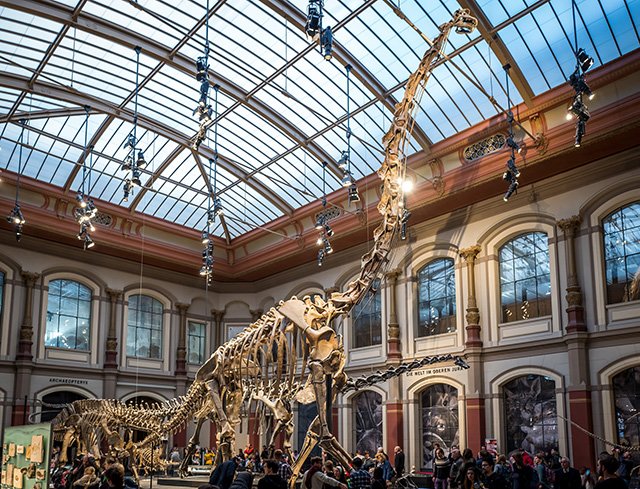 Image of Giraffatitan brancai by Sergey Galyonkin is licensed under CC BY-SA 2.0

About two and a half hours away near Dresden, you’ll find Germany’s largest Saurierpark (dinosaur park) featuring more than 200 dinosaur sculptures including Brachiosaurus, Diplodocus, Barosaurus, Allosaurus, Gorgosaurus, and the infamous Tyrannosaurus rex. Open late March to early November, kids can learn about these prehistoric beasts; play on the giant slides, water playground, and climbing wall scattered throughout the primeval jungle; or practice being an archaeologist at the Research Camp.

The Royal Belgian Institute of Natural Sciences in Brussels (Musée des Sciences Naturelles) houses the biggest dinosaur gallery in Europe with dozens of skeletons on display including Ben the Plateosaurus, Stan the Tyrannosaurus rex, and 30 Iguanodon skeletons discovered 322 metres underground in a coal mine in Bernissart, Belgium, in 1878. The paleoLAB features interactive exhibits for kids who want to take part in digs, discover fossils, or rebuild a skeleton. 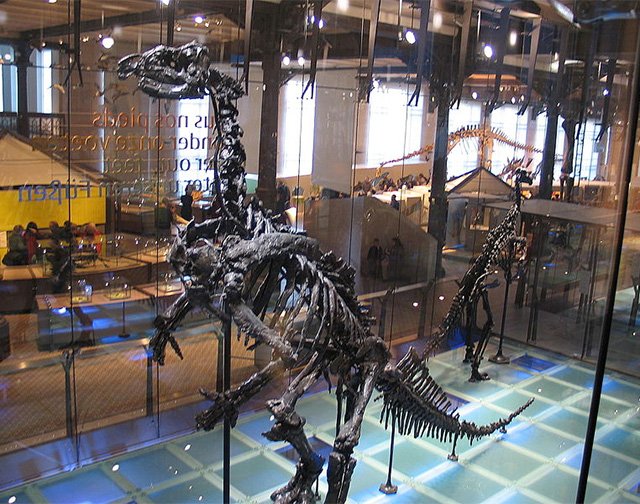 “Iguanadon” by Paul Herman is licensed under CC BY-SA 3.0

Until November 2018, 14 animated dinosaur sculptures including Tyrannosaurus, Brachiosaurus, and Dilophosaurus are on display at the Pairi Daiza zoo in Brugelette (about an hour’s drive southwest), along with a simulated excavation site where visitors can dig up the fossilized remains of a T-rex or Brachiosaurus. 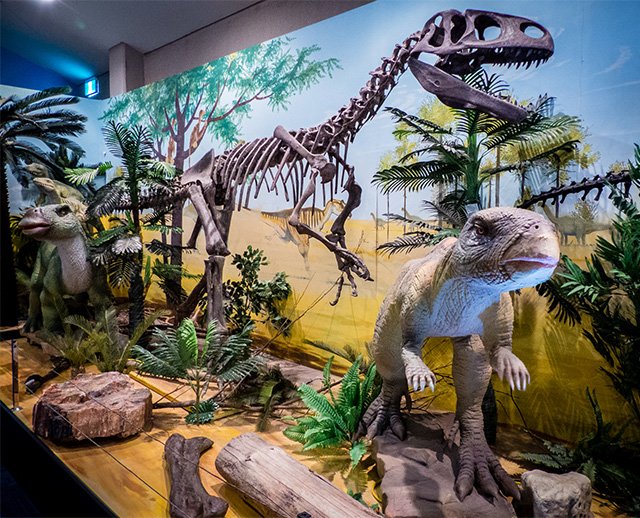 Three hours northeast, the Australian Museum in Sydney houses 10 complete dinosaur skeletons and eight-life-sized models in the central gallery and two wings (reopening September 2018) on the second floor. Visitors can look, touch, and experience the ancient world of dinosaurs brought to life with skeletons, skulls, teeth, claws, and hundreds of other fossils.

Further down the coast, you can visit the Dinosaur Walk at the Melbourne Museum where you can walk around, under and through the skeletons of 17 different prehistoric beasts including massive Mamenchisaurus from China, spiny Amargasaurus from Argentina, Quetzalcoatlus with its 12 metre wingspan, and other Australian megafauna. Animated reconstructions show how these animals lived, fought, reproduced and died millions of years ago. 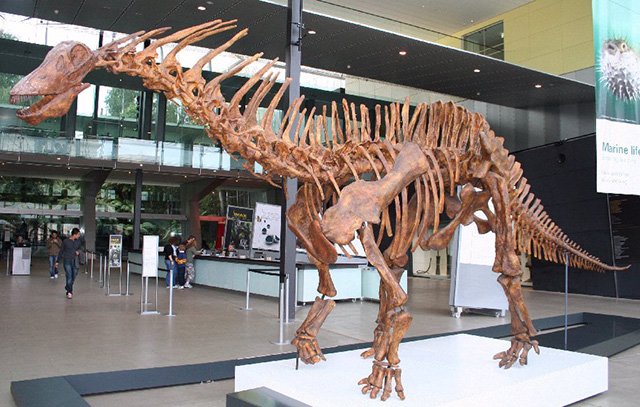 Just south of Melbourne, Dinosaur World in Somerville (open September to July) is a dino park and Christmas tree farm all rolled into one with moving, roaring dinosaur sculptures and several dino babies to charm children 2-10 years of age.

Since the early 1990s, something like 160 new species of dinosaur have been discovered in China. The ShanDong TianYu Museum of Nature in Linyi, ShanDong Province, holds the Guinness World Record as the biggest dinosaur museum on earth with 28 exhibition halls containing more than 1,100 fossilized dinosaurs, 2,300 early bird specimens, and a wealth of transitional forms bridging the two. The museum also contains a research centre and 4D theatre. 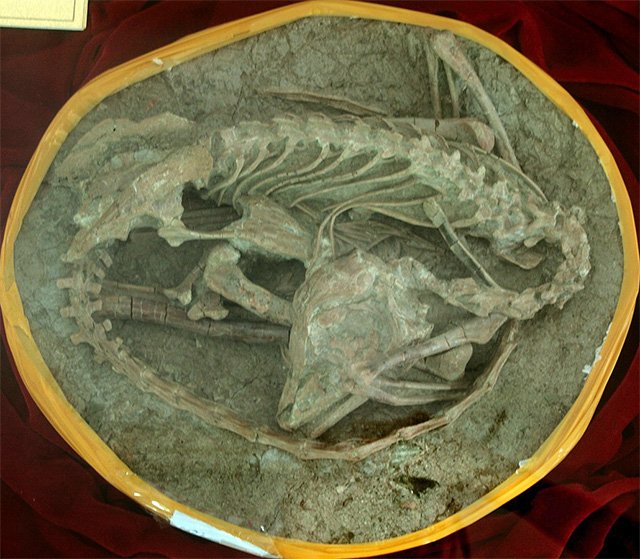 Elsewhere in China, the Zigong Dinosaur Museum in Sichuan Province was built around a genuine preserved fossil site allowing visitors to get a firsthand view of this impressive bed of partially-excavated bones. More than 200 uniquely Chinese dinosaur skeletons have been found in this dinosaur graveyard, and visitors can tour the museum’s collection of mounted specimens including Omeisaurus, Gigantspinosaurus, Yangchuanosaurus, Huayangosaurus, and Xiaosaurus. Outside gardens display more stationary and animatronic dinosaurs. 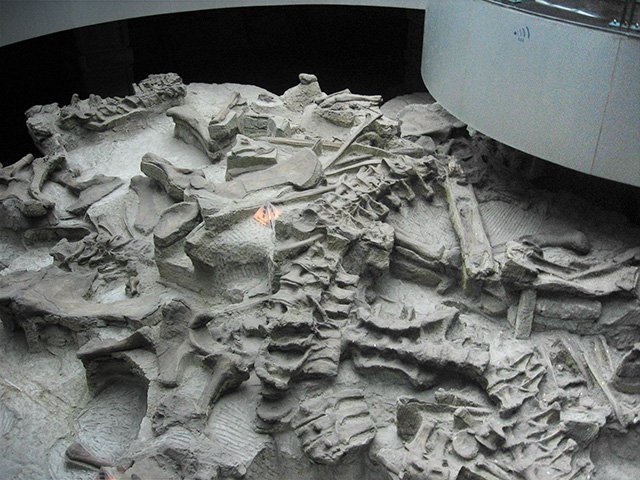 Image of Zigong fossil bed by Ken Marshall is licensed under CC BY 2.0

The Fukui Prefectural Dinosaur Museum in the Dinosaur Valley Fukui Katsuyama Geopark displays replica and composite dinosaur fossils, animatronic models, and several native Japanese dinosaurs specimens like Fukuiraptor kitadensis and Fukuisaurus tetoriensis. The museum also contains a Dino Lab with real fossils on display that visitors can touch and pick up, as well as a fossil cleaning room where you can watch real fossils being cleaned and preserved. 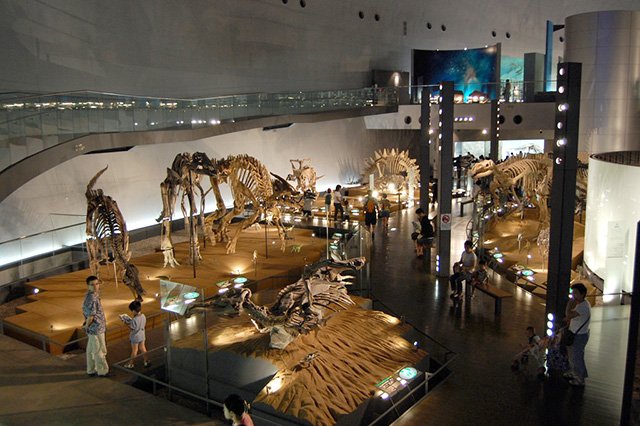 The largest dinosaur discovery site in Japan is located nearby at the Dinosaur Quarry, where five new species of Japanese dinosaurs have already been discovered. Tour the quarry to learn how to recognize fossils and even try excavating some fossils for yourself!

The Iziko South African Museum in Cape Town includes an African Dinosaurs exhibit featuring Euparkeria (a distant ancestor of the dinosaurs), Jobaria, Heterodontosaurus, and the skull of a Carcharodontosaurus, North Africa’s answer to the Tyrannosaurus rex. The Stone Bones of the Ancient Karoo exhibit goes even further back into the mists of time, displaying the fossilized skeletons of reptiles that ruled the land 50 million years before the dinosaurs as well as walk-around dioramas with life-sized models reconstructed from the actual fossils on display. 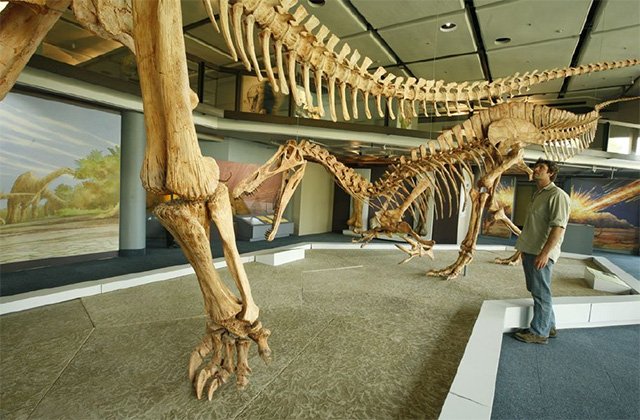 “Jobaria and Suchomimus” by Bruce Anderson is licensed under CC BY 3.0

If you’re still looking for more fossils, the West Coast Fossil Park is located about an hour and a half up the coast. This is one of the only places you can see fossils of bears, sabre-tooth cats, short-necked giraffes, and other exotic animals in the ground just as they were buried some 5 million years ago.

The Patagonia region of Argentina is a phenomenally rich source of dinosaur fossils producing many exciting new finds including some of the biggest dinosaurs ever known like Dreadnoughtus schrani, Argentinosaurus, and Patagotitan mayorum.

The Museum of Paleontology (Museo Paleontológico Egidio Feruglio) in Trelew City details the natural history of Patagonia back through to the early Paleozoic with more than 1700 fossils and 30 dinosaurs on display. The MEF also houses a state-of-the-art Preparation Laboratory where visitors can observe fossils being cleaned and separated. 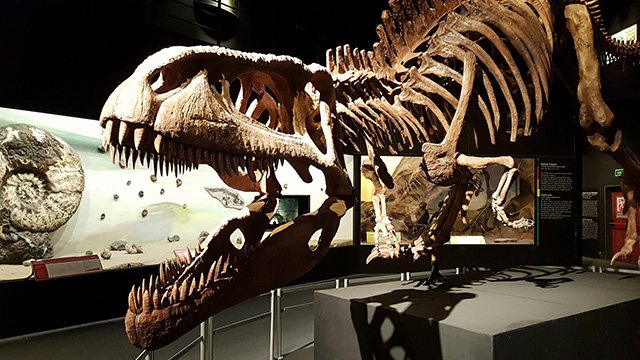 The MEF also administers nearby Bryn Gwyn Geopark, a large natural geological reserve where visitors can walk the 1.8 km Paleontological Trail and view partially exposed fossils in the ground dating as far back as 40 million years ago, including whales, dolphins, and other marine species showing that this part of the continent was once all underwater.

Have you visited any of these dino-riffic locations?
Let us know what you thought!